Pamela Speight has lived and studied visual art in Canada and the US, and exhibited her work in public and private galleries in various cities, including: Vancouver and Victoria, BC; Seattle, WA; Boston and Worcester, MA; Washington, DC; and Gainesville and Tampa, FL. In addition, she has curated exhibitions in Victoria, BC and Boston, MA, as well as at the Vancouver Island University campus gallery. She currently teaches studio courses in VIU’s Art and Design Department.

Speight’s art practice consists of painting, drawing, mixed-media and photography. Her work is included in numerous private and public collections including the Canada Council Art Bank, the Richmond Art Gallery and the Burnaby Art Gallery. She has participated in several artist residency programs, the Banff Centre among them.

While growing up in Victoria, BC, Speight’s interest in visual art was greatly influenced by family members who are or were artists living in diverse parts of the world (including sculptor Henry Moore in the UK). She was also fortunate to spend her childhood in close proximity to lakes and intact forests, from which she often draws inspiration for her ideas. Through many hours of quiet observation she developed a keen awareness of the interrelation of plant and animal species visible on land and in water, or invisible underground. This has led to a recent focus on what occurs beneath the surface of things, literally as well as metaphorically.

As an adult Speight’s connection with nature in its entirety remains unwavering. Her work references the ways we think about (or ignore) the living world, and cycles of growth and decay. She shares a profound disquiet felt by many of us over the frenzy of industrial resource extraction, our invasion and irrevocable destruction of habitat, and consequent species loss. 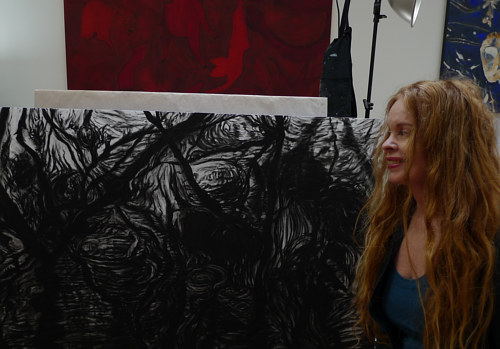